Are you a newer medical cannabis user seeking information on the intimidatingly-large world of marijuana? You’re not alone. We were all cannabis newbies once. With a little bit of know-how, marijuana labels and jargon becomes significantly easier to understand. In this post, we’ll teach you how to assess the properties of a cannabis strain with our guide to marijuana strains for beginners. We’ve included the most important factors: how a specific strain is likely to make you feel, how a strain name may hint at its effects, and what aspects of the plant contribute to the experience of a strain.

When shopping for medical marijuana, you’ll likely notice that dispensaries divide cannabis flower into one of three categories. Each of these strain categories—Indica, Sativa, and hybrid. Each type demonstrates its own properties. Let’s break down each of these categories.

Some of the most commonly-found cannabis plants in nature, you can find Sativas on six continents. They’re known for growing tall and lanky with small, dense nugs. Think of Sativas as grape vines, except the grapes are buds. 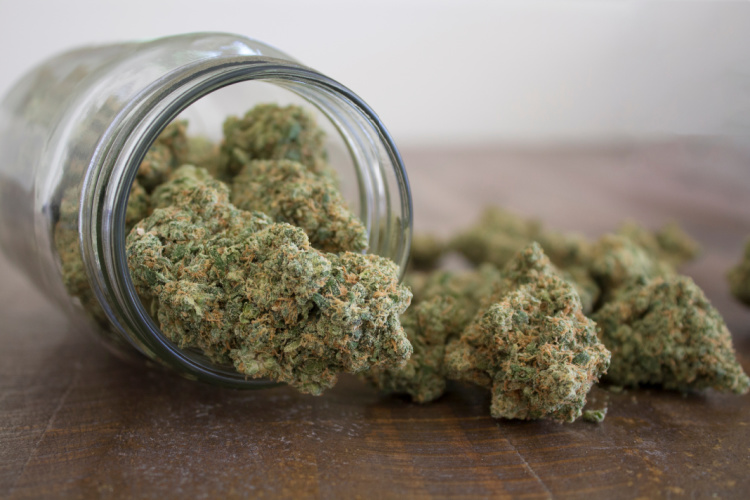 Typically, Sativa plants have a reputation for being energizing and uplifting. They’re often more euphoric than Indicas are, and may help spark creativity. Sativas are generally better suited for daytime use since they’re not as sedating as Indicas. Jack Herer, Blue Dream, and Cinderella 99 are all classic Sativa strains.

You won’t find Indica plants spread as widely across the natural world as Sativas. That’s because Indica strains hail specifically from central Asia. Indicas originated in the region of the Hindu Kush mountains. If you see a Kush strain variety, it is going to be an Indica descended from this region.

In contrast to Sativas, Indicas are short, squat plants with broad leaves. They’re more like cannabis bushes than the tall, lanky, vine-like Sativas.

Indicas don’t feature the same uplifting, energizing qualities that Sativas do. Instead, Indicas are usually more relaxing and sedating. As a result, they’re better for nighttime use. Patients who suffer from anxiety or insomnia may find Indicas particularly useful. Well-known Indica strains include Gelato, Gorilla Glue, and the infamous Bubba Kush.

Hybrids are strains bred to have more balanced properties of both strain types detailed above. They’re a mix between both Sativa and Indica genetics, and may demonstrate a wide range of possible effects as a result. In truth, many strains are actually hybrids. However, they may be Indica- or Sativa-dominant, giving them properties similar to (but not the same as) their dominant genetics.

Okay, so we’ve established that a strain’s genetic phenotype appears to have a say in its effects. There’s a reason for that. Two types of organic compounds—cannabinoids and terpenes—appear to determine how a specific strain makes you feel. 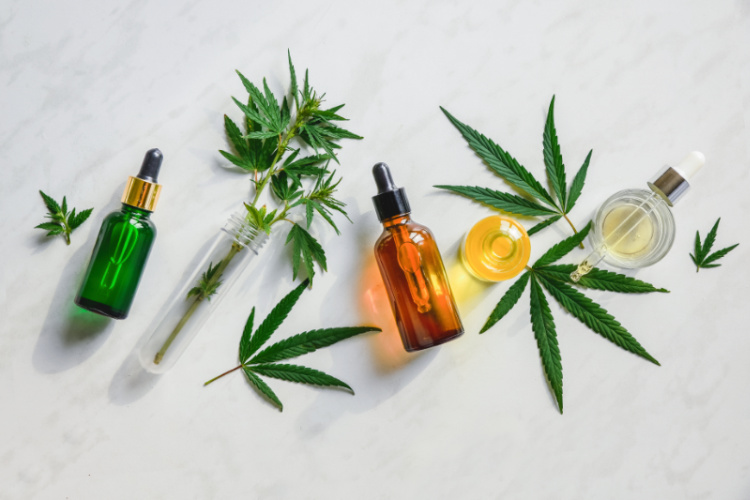 Cannabinoids are a niche type of organic compounds that develop naturally within cannabis plants. Scientists have discovered more than 100 cannabinoids so far. However, two cannabinoids appear to have the biggest impact on how a strain makes you feel: THC and CBD. We cover cannabinoids in-depth in this article. In short, think of THC as a psychoactive cannabinoid and CBD as non-psychoactive. Dispensary flower will always be labeled with the ratio of THC to CBD. Select a strain with higher CBD and lower THC for a subtler psychoactive experience.

However, just because the classic cannabis “high” isn’t as pronounced in high CBD, low THC flower, it can still have equally powerful therapeutic effects. As always, start low and go slow with dosing. Often, just a little cannabis imparts the effects you desire.

The second (and less well-known) family of active ingredients in cannabis are terpenes. While they may not be as commonly touted as cannabinoids, “terps” are significantly more abundant. More than 150 terpenes exist in cannabis plants, according to experts. You can actually find these compounds throughout nature, in many plants and some animals.

Terpenes are best known for their ability to carry flavor and aroma. But that’s not their only job. They also appear to have their own set of physical and mental effects. Interestingly, every strain will have its own subset of terpenes and ratio of terpenes. Learn more about specific terpenes in our post on the subject.

Now that you have a better understanding of terpenes, you’re ready to shop for cannabis on your own. Check out our full inventory here.